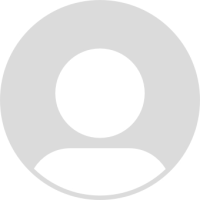 Molly McCammon transitioned in January 2021 to the role of Senior Advisor for the Alaska Ocean Observing System (AOOS), after serving as its founding executive director since 2013. She is currently a co-chair of NOAA Science Advisory Board’s Ecosystem Sciences and Management Working Group, chair of the IOOS Association’s Public Policy Committee, and serves on the IOOS Federal Advisory Committee. She is a past member of the National Research Council’s Polar Research Board, serving on its Committee on Designing an Arctic Observing Network. She also served on the initial Advisory Group for the National Academy of Science’s Gulf Research Program. Prior to her position at AOOS, she served for 10 years as the Executive Director of the Exxon Valdez Oil Spill Trustee Council, managing the restoration program following the 1989 oil spill. McCammon moved to Alaska in 1973 after graduating from the University of California Berkeley, with her early years in Alaska spent as a journalist, homesteader in the Brooks Range, and natural resource policy specialist for state government.