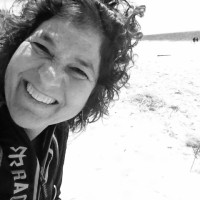 Lisa Busch is the executive director of the Sitka Sound Science Center (SSSC) where she oversees a team of researchers and science educators for the nonprofit she has led since 2010.

SSSC is a regional field station for Southeast Alaska where collaborative research includes a breadth of disciplines including landslides, ocean acidification, marine geology, botany, and salmon genetics. SSSC works with academic and government agencies from across the nation and has developed strong local, regional and tribal partnerships. It is well known for its community engagement activities in which it trains scientists how to work with community members and provides a host of local opportunities to practice this work. Before SSSC, Lisa produced the award-winning Encounters: Radio Experiences in the North hosted by Richard Nelson and Elizabeth Arnold that aired on 180 stations around the nation, and on XM Satellite radio.

She holds a BS in Geology from Tufts University and a MA in Northern Studies from University of Alaska Fairbanks. She has worked as a general reporter at KCAW in Sitka, and then as a science journalist covering Alaska environmental and science issues for Science, Popular Mechanics, Bioscience, Discovery and U.S. News and World Report magazines. Lisa served on Alaska Governor Walker’s Climate Task Force in 2017 and chaired the outreach committee for the Organization of Biological Field Stations. She is an active community member in Sitka, Alaska where she spends her free time ocean sculling and hiking.